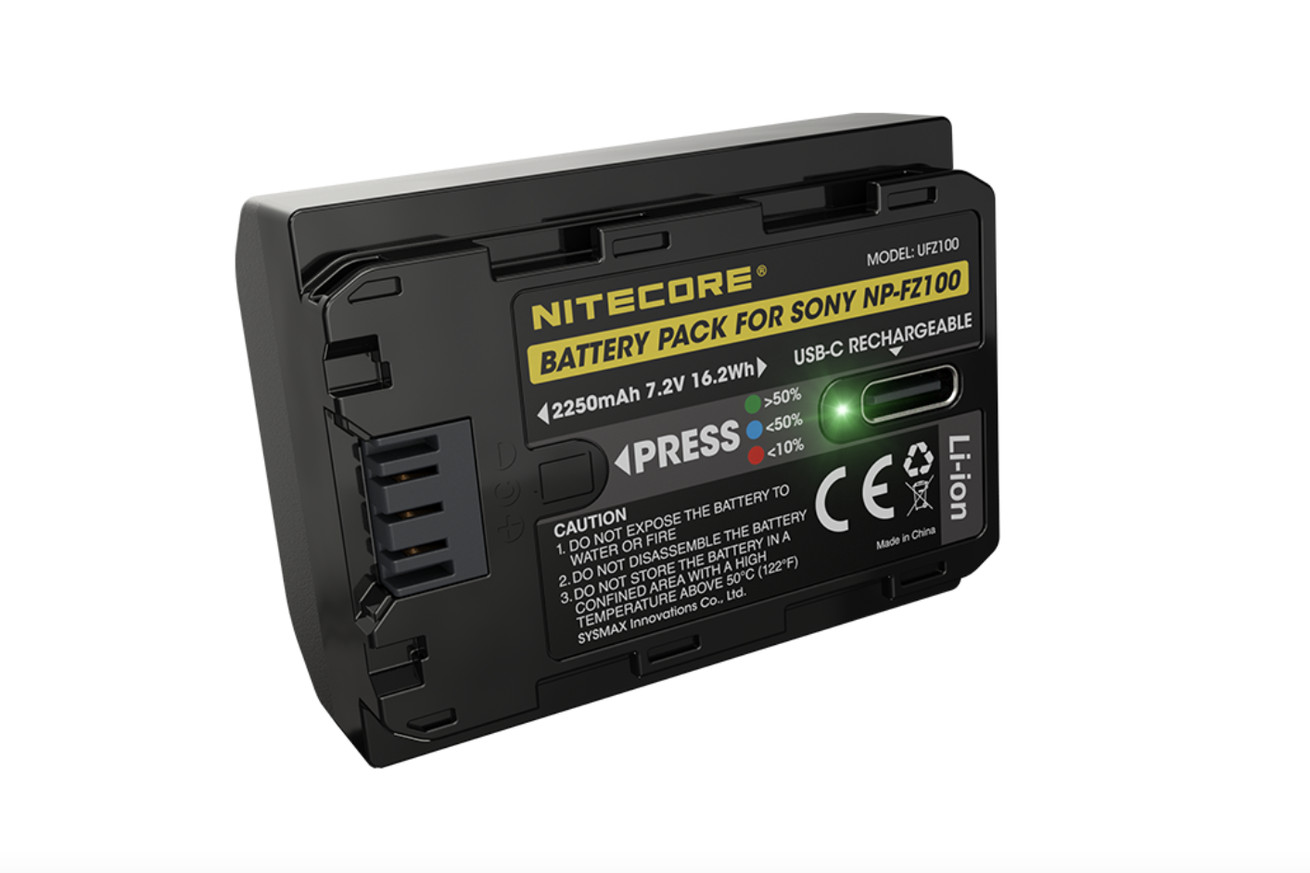 Nitecore’s UFZ100 is compatible with an array of Sony cameras. | Image: Nitecore

The Nitecore UFZ100 camera battery is here to release photographers from Sony’s proprietary grasp — a built-in USB-C charging port lets you power it up using the same hardware as many of your other devices (via Gizmodo). It hasn't been officially released yet, but you can use the battery with the Sony A7 III, A7R III, A7R IV, A7S III, A9 (ILCE-9), A9 II, A6600, A7C, A1, FX3, and A7 IV, saving you from lugging around a separate charger if you want to bring along (and charge) an extra battery on a shoot.

As Gizmodo points out, the battery has a slightly smaller capacity than its proprietary equivalent, with the Sony NP-FZ100 coming with a 2,280mAh capacity and the Nitecore UFZ100 featuring 2,250mAh. In terms of charging times, Nitecore’s...